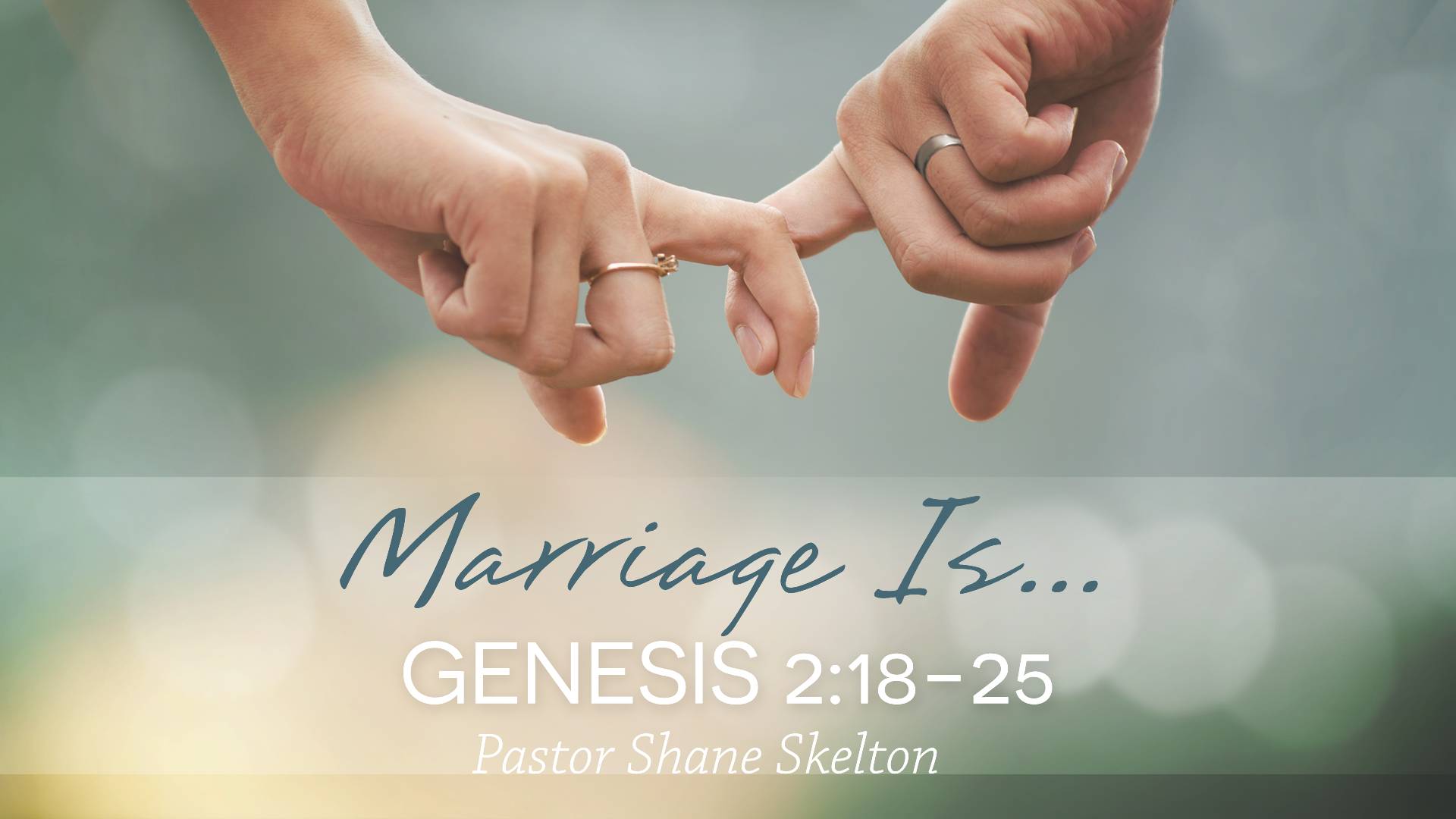 A biological male and female, who have entered into a sacred covenant together growing closer and closer together and sharing an openness that no other relationship gives.

> The first is to populate the earth. Genesis 1:28

> The second is to avoid loneliness.  Genesis 2:18

> The third purpose, stated by Paul, is to satisfy sexual desires.  1 Corinthians 7:9

> The fourth is to be a character building agency to produce godly children.  Malachi 2:15

18 And the Lord God said, It is not good that the man should be alone; I will make him an help meet for him. 19 And out of the ground the Lord God formed every beast of the field, and every fowl of the air; and brought them unto Adam to see what he would call them: and whatsoever Adam called every living creature, that was the name thereof. 20 And Adam gave names to all cattle, and to the fowl of the air, and to every beast of the field; but for Adam there was not found an help meet for him. 21 And the Lord God caused a deep sleep to fall upon Adam, and he slept: and he took one of his ribs, and closed up the flesh instead thereof; 22 and the rib, which the Lord God had taken from man, made he a woman, and brought her unto the man. 23 And Adam said, This is now bone of my bones, and flesh of my flesh: she shall be called Woman, because she was taken out of Man. 24 Therefore shall a man leave his father and his mother, and shall cleave unto his wife: and they shall be one flesh. 25 And they were both naked, the man and his wife, and were not ashamed.